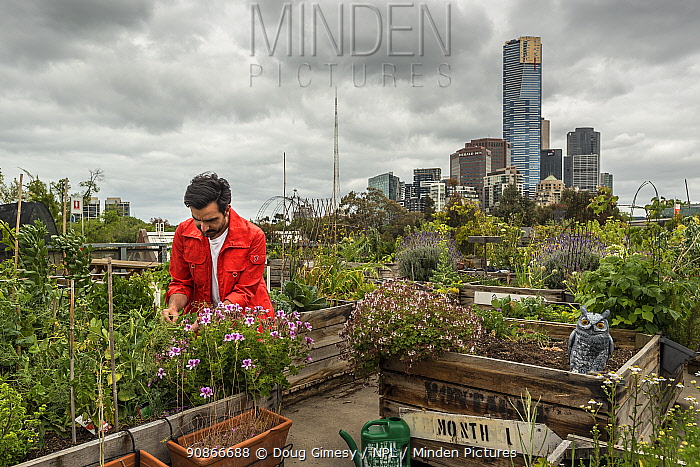 Similar
File number
90866688
Id
90866688
Caption
Man gardening on roof top car park at Federation Square in Melbourne's CBD, which was transformed into a vegetable garden. Made up of over 140 do-it-yourself veggie plots housed in individual recycled apple crates - the majority of which were leased to the public who live in the city.

Unfortunately, soon after this image was taken, the owners were forced to vacate the premise of this prime commercial location and it no longer exists.