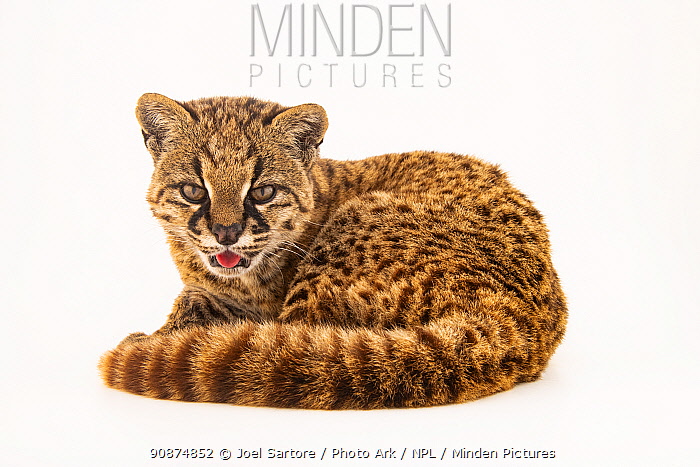 He has only three legs, having lost one in a trapper's snare. He was brought here to be taken care of by the Chilean Wildlife Authority.

Despite the loss of his front leg, he moves around well and has a good life here at Fauna Andina, a wildlife conservation and research center in Chile. Their goal is to protect wildlife through study and, captive breeding and release back into the wild.

The Guiþa has the smallest distribution of any wild cat on the planet. This makes it very susceptible to being endangered.