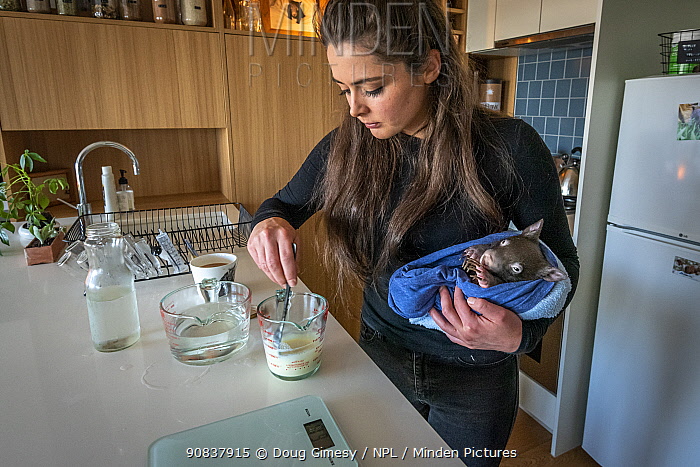 Similar
File number
90837915
Id
90837915
Caption
Editorial use only'
Emily Small, founder of Goongerah Wombat Orphanage, wildlife rescuer and carer, makes up a wombat feed supplement in the kitchen of her Melbourne inner-city apartment, whilst holding one of the three orphaned and rescued baby bare-nosed wombats (Vomabtus ursinus) - named Bronson and 8 months old - in her care.

Emily is currently caring for these 3 baby wombats not at the orphanage (which is close to their home range 450kms away), but in her Melbourne inner city apartment, during the CoVid-19 lockdown.

They all became orphans when their mothers - which survived the recent bushfires in the area - were hit by cars.