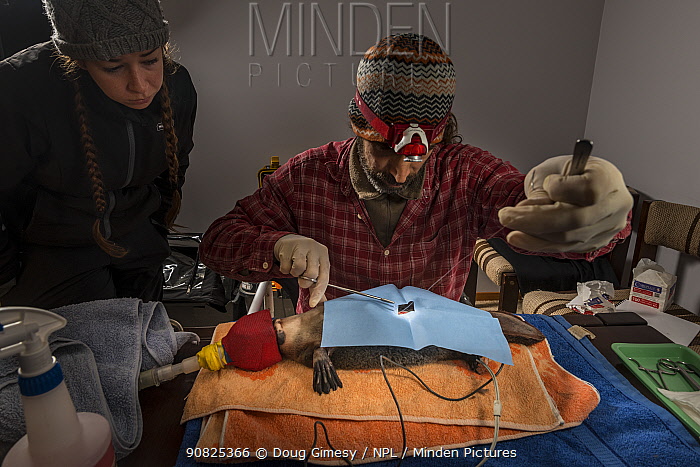 Similar
File number
90825366
Id
90825366
Caption
A platypus (Ornithorhynchus anatinus) has a radio transponder surgically implanted by Dr Gilad Bino whilst anaesthetised in a make-shift surgical theatre in a lounge. This transponder will allow researchers to track its movements. Body measurements, blood, urine, food contents and DNA samples are also taken.

This work forms part of researcher from the University of NSW Platypus Conservation Initiative to help scientists better understand the impacts of some of the potential threatening processes to this iconic monotreme, and as such hopefully help safeguarding the species' future - which is now listed as near threatened under the IUCN.