Michio Hoshino (50) More files...
Michio Hoshino was born in Ichikawa City, Chiba Perfecture, Japan in 1952. At the age of 17, a photo of an Eskimo village on the northwest coast of Alaska in National Geographic Magazine struck a chord in Michio and inspired him to explore the vast wilderness. During the summer of 1972, he traveled to Shishmaref, Alaska to live with the town's mayor.

He returned to Japan and went on to study and graduate from Keio University in 1976 with a major in economics. In 1978, he left his native Japan and pursued a life-long wish to live and work in Alaska. After four years of studying wildlife management at the University of Alaska's College of Natural Sciences, he became a professional photographer concentrating on Alaskan nature and wildlife.

His professional career as a photographer began in 1986 when his work on the Grizzly Bear was published by Chronicle Books in "GRIZZLY". The book won the 3rd Anima award, which is given to the book with the most distinguished wildlife photography. The Chicago Tribune called the book, "a bold and beautiful saga in which he followed a family of Alaskan grizzlies meandering through the seasons."

The following year, he published an article on "Moose", in National Geographic Magazine, and later in 1988, he was commissioned by the Society to shoot the migratory route of Caribou in Alaska. Subsequently, he published the material in a book entitled, "CARIBOU". In 1988, Hoshino's photos of Alaskan scenery and wildlife were featured in a special issue of Audubon magazine. This same year, he published a book called "MOOSE" in both English and Japanese. Forbes magazine praised the book for its "startling shots of bulls in battle for their own breeding territory."

In 1989, a photography exhibition of his work, "Alaska, Lat. 60 degrees North", was held at Tokyo's Olympus Gallery and Asahi Shimbun Concourse, as well as other locations around Japan. He also began "Alaska-Story Like the Wind", a photographic essay run serially in Japan's Asahi Weekly. He was also the author of a work for children, "The Grizzly Bear Family Book", which was published by North-South in 1994.

His career continued with publication in numerous American and international magazines. On August 6th, 1996, at the age of 44, Michio was killed by a brown bear while photographing on the Kamchatka Penninsula in eastern Russia. He is survived by his wife Naoko, and his son Shoma.
Hide text 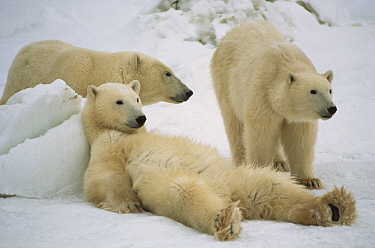 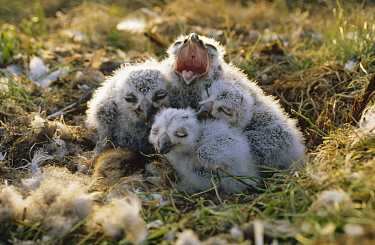 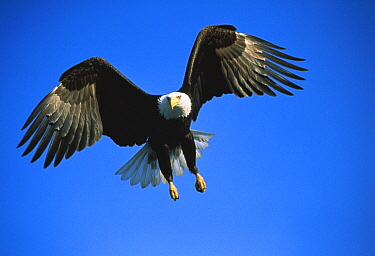 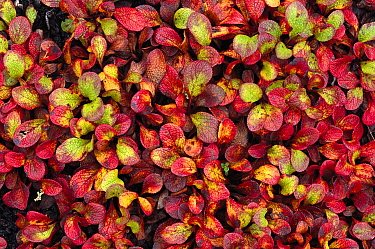 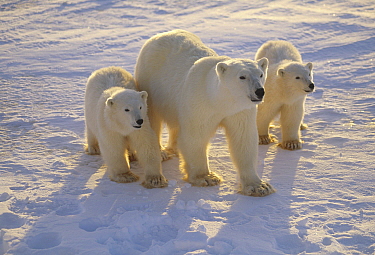 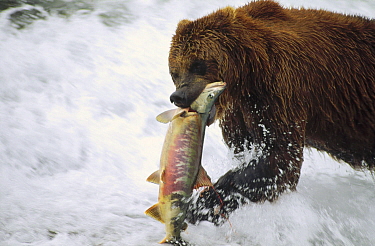 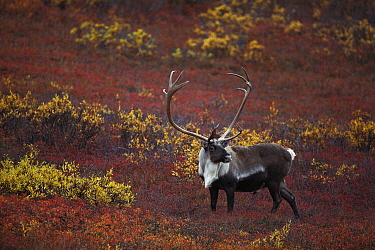 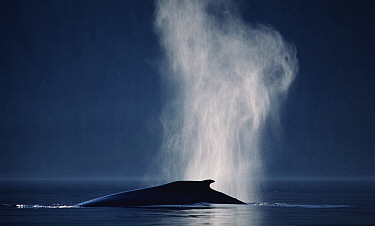 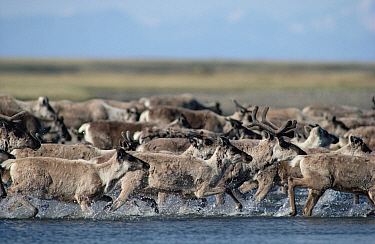 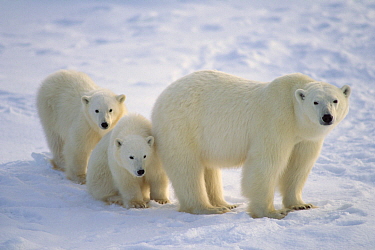 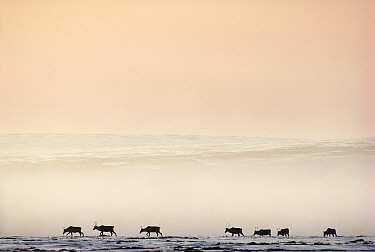 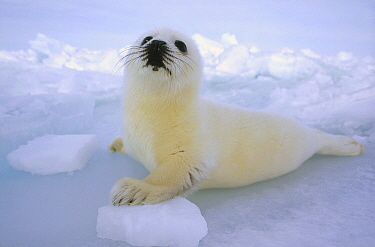 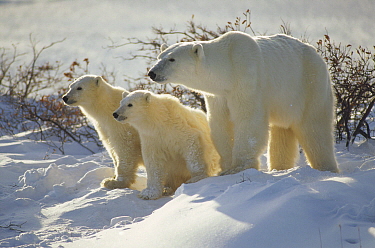 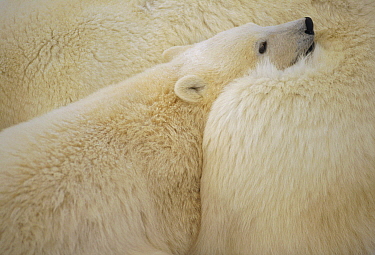 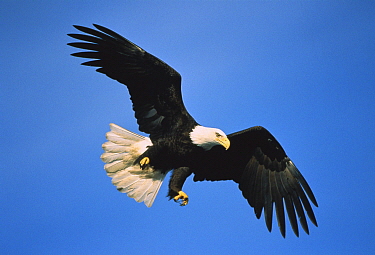 00081611
00081611 Caribou (Rangifer tarandus) of the western Arctic Herd swimming across the Kobuk River during migration to their winter range, Alaska© Michio Hoshino