Tool-using Macaques * NEW * (45) More files... by Cyril Ruoso
A population of tool-using monkeys is exhibiting what we thought was a uniquely human behavior - over-exploiting the local seafood source! These animals are so successful that a 2017 study in eLife has shown that the long-tailed macaques of Khao Sam Roi Yot National Park in Thailand are threatening to drive shellfish populations extinct with their tools. The monkeys use rocks to smash and pry open the largest oysters, crabs, and snails they can find. The result of their systematic hunting has been an overall decrease in the average size of their prey, shrinking one species of oyster by as much as 70% compared with locations without the macaque pressure. If the monkeys don’t slow down, they may deplete the islands of their food source, and if that happens, they may even forget how to use their stone tools over subsequent generations because the use of technology is a learned behavior passed from one animal to the next.

Cyril Ruoso traveled to Thailand over two years to document this fascinating foraging behavior and more of these water-loving macaques. This package includes individuals and groups using tools to harvest shellfish, social groups of monkeys and habituated animals that supplement their diet with food stolen from and given by tourists.
Hide text 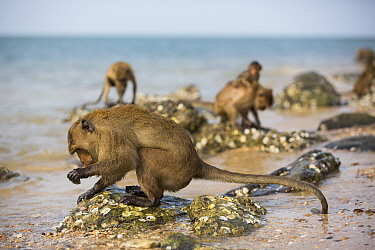 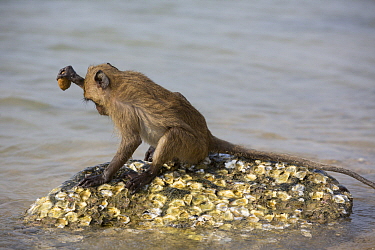 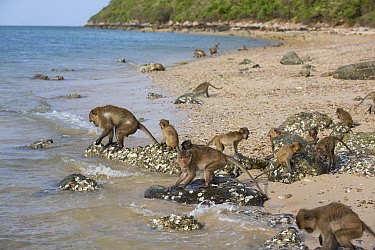 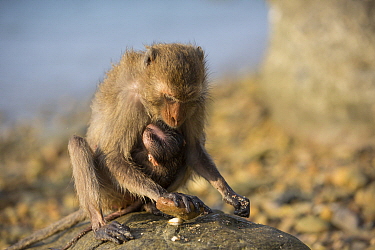 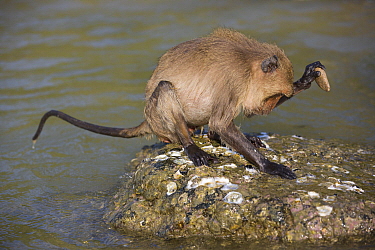 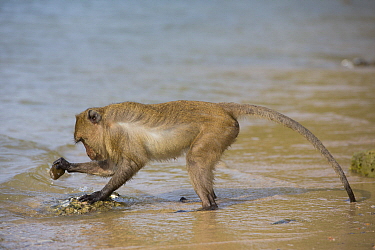 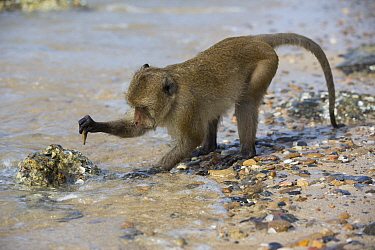 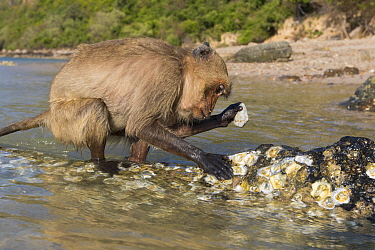 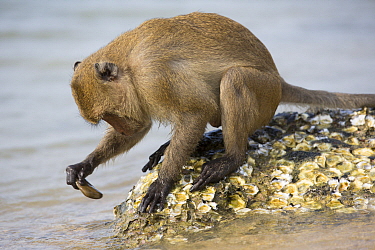 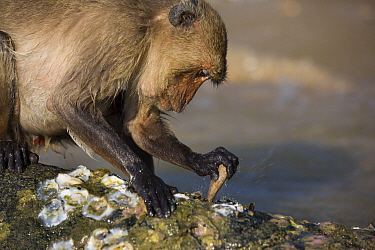 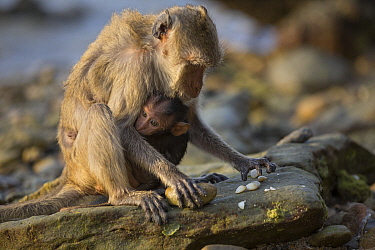 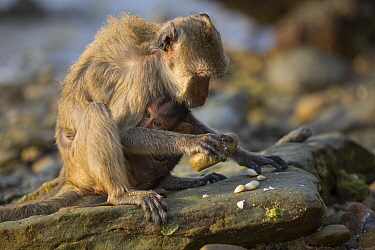 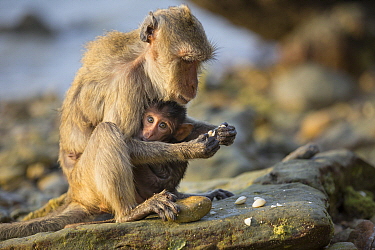 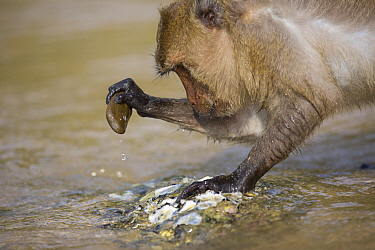