Social Predation - Army Ants (31) More files... by Christian Ziegler
Army ants are thought of as the most complex of all ant species. Their fast and detailed chemical communication enables the colony of several hundred thousands of ant worked to act almost as one single organism. The new world army ants are especially well studied and display fascinating and unique behaviors such as swarm raiding (swarms can be several hundred thousand individuals and more then 50 feet wide on the forest floor) in which the ants overwhelm much larger prey items, daily migrations and change of nest site, building temporary nests, so called bivouacs out of ant bodies. According to recent studies, different species show strong prey preferences and thus have different impact on the ecosystem. As efficient predators, they are a key stone species in neotropical rainforests. Further they support a lot of organisms such as many species of birds, known as ant birds, that follow swarms and feed on the flushed insects. An large number of arthropod species, such as beetles, mites, centipedes and others live in the colonies of army ants as so-called guests.
The images of this story cover extensively all above mentioned aspects of army ant biology, including the never before documented split of a colony (their way to reproduce), as well as ant birds, guests, and research of some of the leading army ant experts.
Hide text 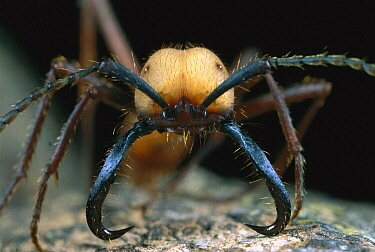 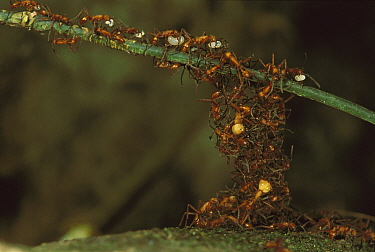 00760086
00760086 Army Ant (Eciton hamatum) colony forming a bridge by climbing over each other, some are carrying food back to nest, Barro Colorado Island, Panama© Christian Ziegler 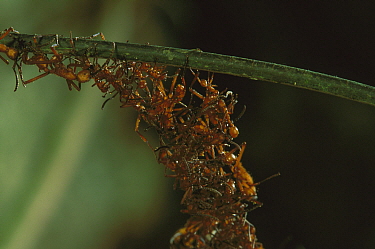 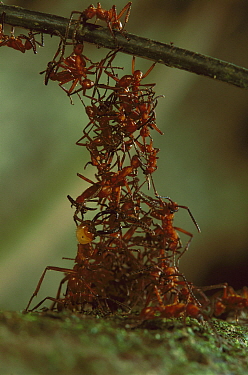 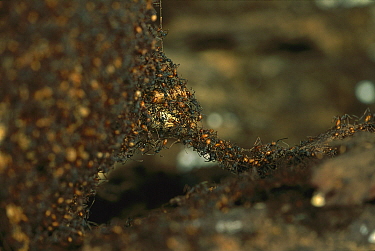 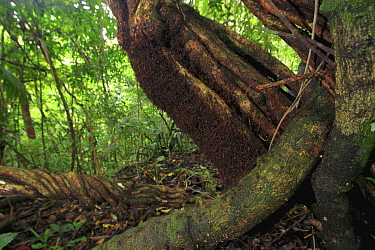 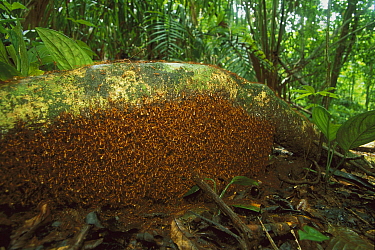 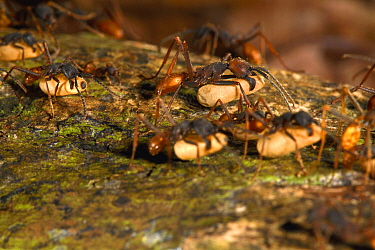 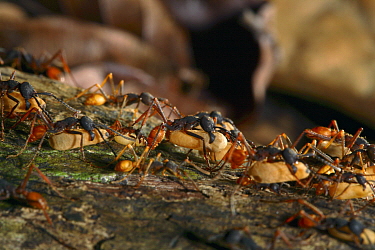 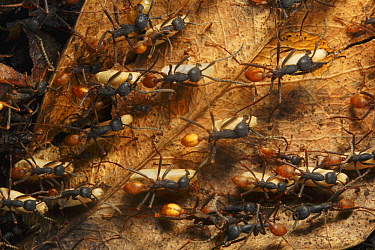 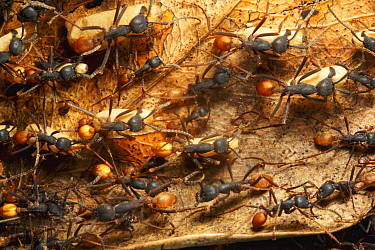 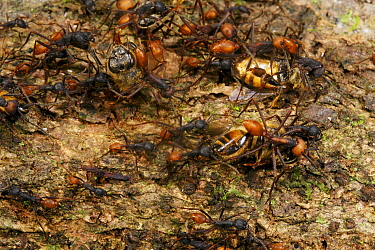 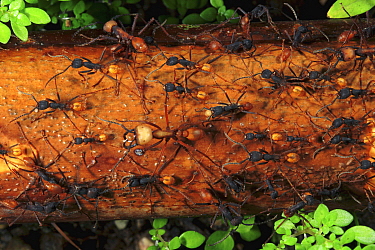 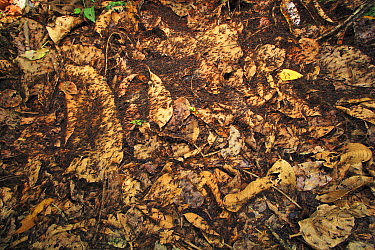 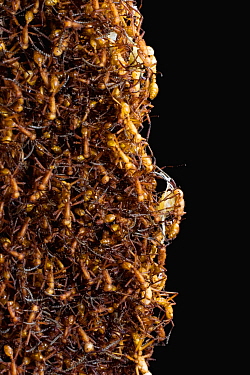 00760011
00760011 Army Ant (Eciton hamatum) food cache where food is stored during a raid to be more efficient in transporting food back to nest, Barro Colorado Island, Panama© Christian Ziegler

00760077
00760077 Army Ant (Eciton hamatum) food cache of army ants, where food is stored during a raid to be more efficient in transporting food back to nest, Barro Colorado Island, Panama© Christian Ziegler