Searching for Snow Leopards * NEW * (45) More files...
The endangered Snow Leopard, called 'mountain ghosts' by locals, are known for their elusive nature. Their range extends over 12 countries and 2 million square kilometers in Asia. According to the non-profit organization Panthera, researchers believe there may be as many as 4,500 - 10,000 adults in the wild. Their excellently camouflaged coat and shy nature makes population estimates and surveys challenging. In recent years new research modeling techniques have indicated that populations may be higher than previously thought.

Sebastian Kennerknecht had a chance to offer his camera trap expertise to a recent Panthera expedition to the Sarychat-Ertash Strict Nature Reserve in the Tian Shen Mountains of eastern Kyrgyzstan. After countless days in the forbidding habitat without spotting a single leopard, Sebastian came to appreciate the mountain ghost's stealth and camouflage. The experience was all too familiar. On his previous trip, the area's cats successfully avoided all contact with his cameras. His persistence was rewarded when the team caught and collared M1, the first male in their study, and a second cat, M2, three weeks later.

The snow leopard project is led by principal biologist Shannon Kachel. He, along with his team, are collaring snow leopards while also examining snow leopard kill sites, and conducting ungulate surveys. This information will be used to help make smart conservation decisions for the future of these beautiful cats.
Hide text 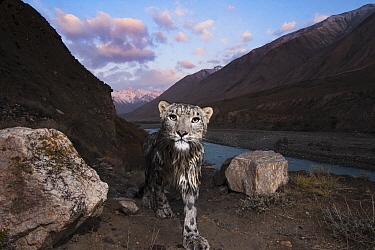 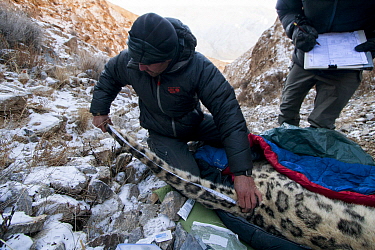 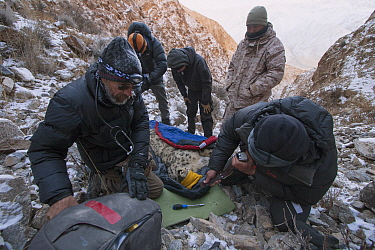 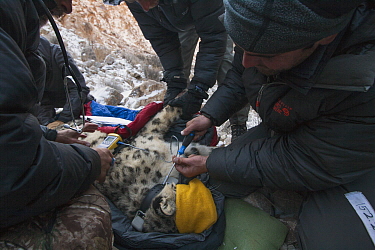 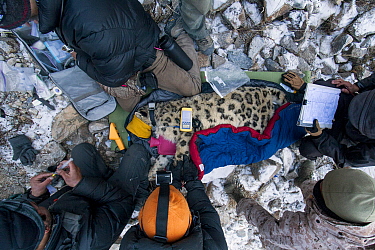 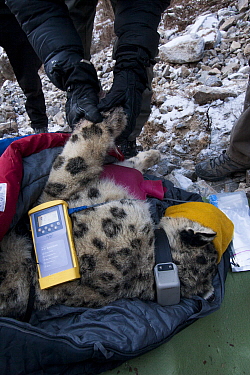 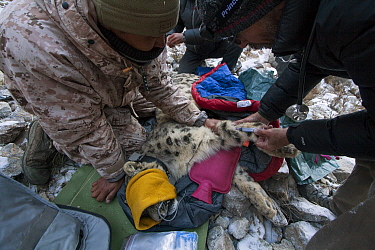 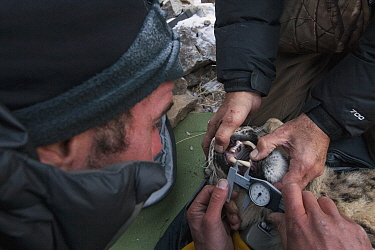 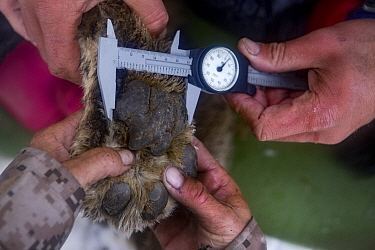 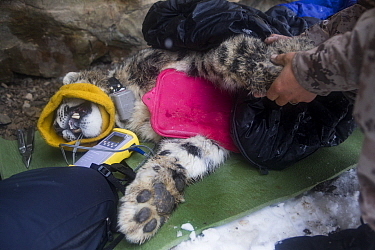 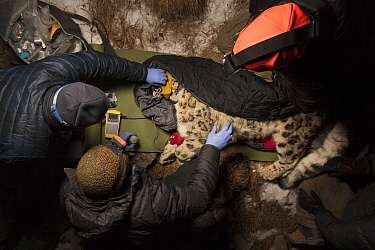 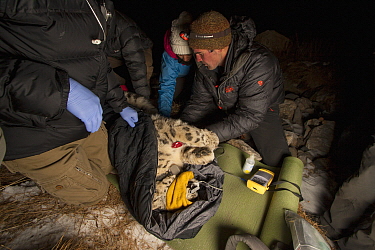 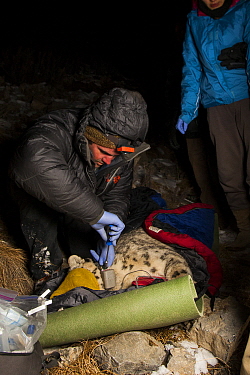 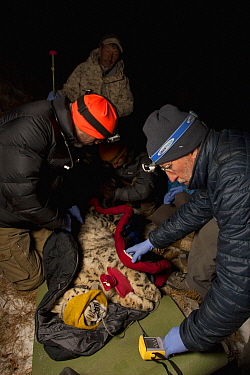 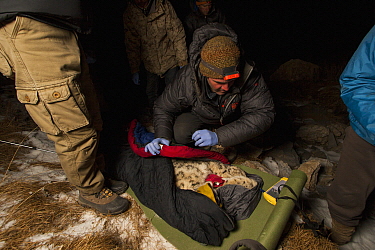