Mushrooming Squirrels (9) More files...
When we imagine squirrels preparing their winter food cache visions of acorns and pinecones come to mind. But some years the harvest is slim and alternative food sources have to be found. Who knew that squirrels were so adept at mushrooming and preserving their fungus finds?

Michael Quinton documents an Alaskan Red Squirrel who did exactly this. In a lean year (the spruce cones were few) this clever creature sniffed out potential mushrooms and gave each a taste. If the fungus was flavorful he chewed down the stem, cut the plant into smaller pieces and laid the bits out to dry into jerky which stores easier and does not mold. The squirrel was even able to harvest poisonous Amanita muscaria to which the animals have a tolerance thanks to their particular gut proteins.

We hope you enjoy this gallery of this busy and hard-working squirrel. The last image shows our resourceful friend dining on a dried mushroom as the snow falls!
Hide text 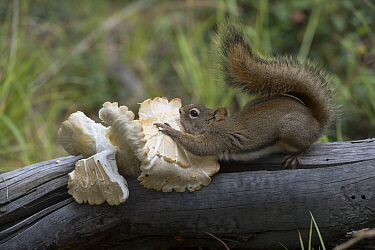 00562900
00562900 Red Squirrel (Tamiasciurus hudsonicus) collecting mushroom and cutting it into smaller pieces, the pieces will dry into jerky which makes it easier to store in a winter food cache, Alaska© Michael Quinton 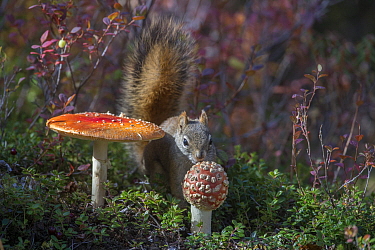 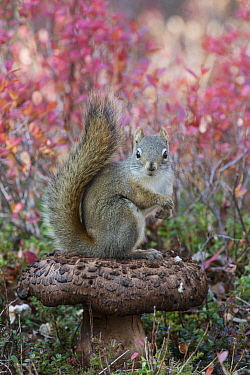 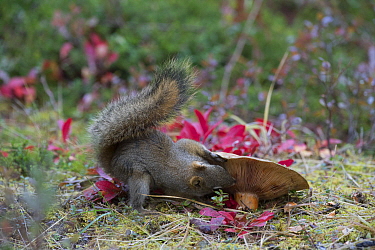 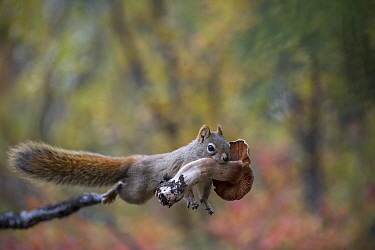 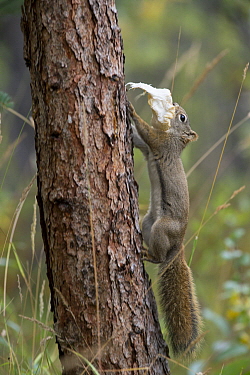 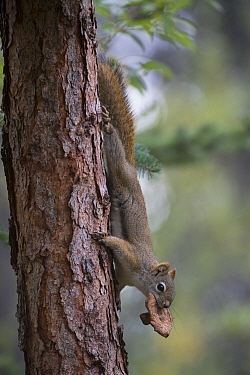 00562898
00562898 Red Squirrel (Tamiasciurus hudsonicus) carrying mushroom that it has collected and allowed to dry, preserving the fungus for winter, Alaska© Michael Quinton 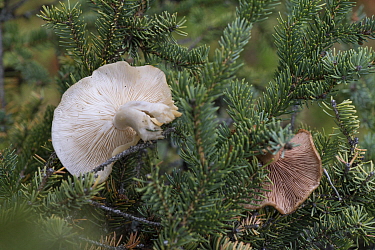 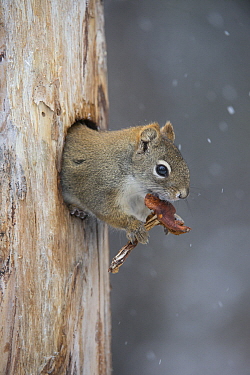 00562906
00562906 Red Squirrel (Tamiasciurus hudsonicus) feeding on mushroom that it has collected and allowed to dry, preserving the fungus for winter, Alaska© Michael Quinton
Feature Stories