Lake Titicaca Frogs (13) More files... by Pete Oxford and Renee Bish
Lake Titicaca frogs are large (around 12 inches long) with baggy folds of skin along the abdomen, legs, stomach and neck that inspires their nickname - 'Scrotum Frog'. Why so much skin? This species lives in the highest freshwater lake on Earth which straddles Bolivia and Peru. The high altitude air holds lower concentrations of oxygen so the abundant skin on the frogs helps them to absorb more.

They are not pretty and they are in trouble. Thousands are annually collected for 'frog juice', or Peruvian Viagra. It’s a traditional aphrodisiac preparation, made of raw, skinned frogs blended with ingredients such as maca root and honey. Other threats have edged these creatures onto the Endangered Species list as well including urban wastewater, chemicals used in agriculture, dams, climate change, aquatic farming, novel diseases and invasive trout species.

Help is on the way. Five scientific institutions including government agencies are joining forces in a cross-border effort to preserve and study the frogs. Conservation projects including population monitoring, studies to find the reason for the mass deaths and efforts to reduce the demand for the species as a food/traditional medicine are under way. Education projects have resulted in some former frog poachers instead becoming part of a handicraft collective that provides a small alternative income.
Hide text 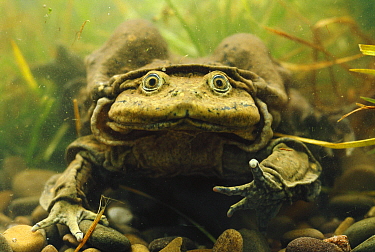 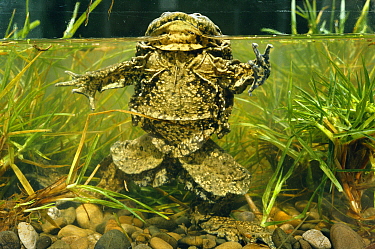 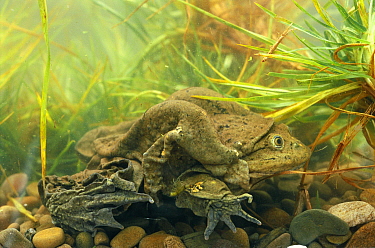 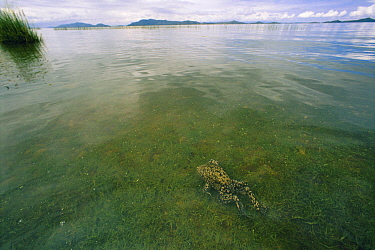 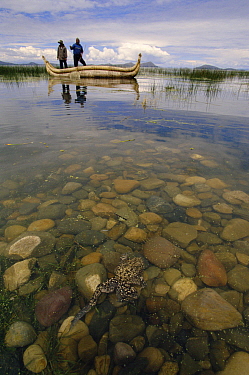 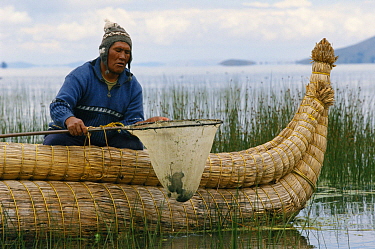 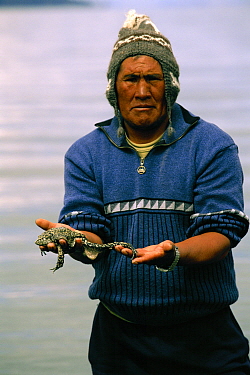 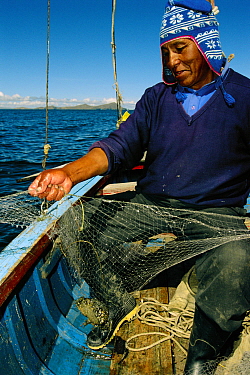 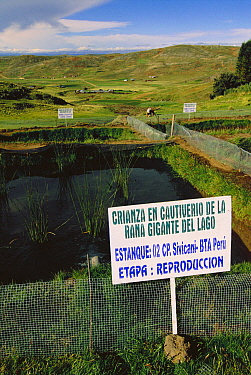 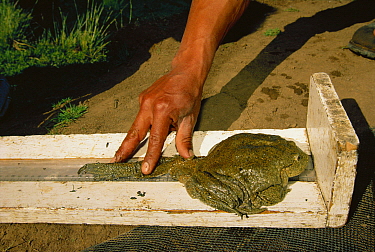 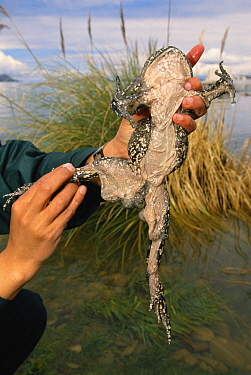 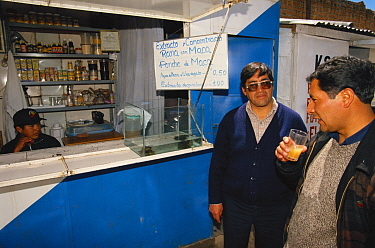 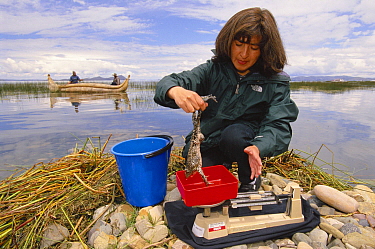