Fox Lady * NEW * (49) More files... by Jaymi Heimbuch and Sebastian Kennerknecht
Channel Island foxes (Urocyon littoralis) are a unique species of fox living on the Channel Islands off of southern California. There are six subspecies of Channel Island fox, each belonging to a different Channel Island. The Channel Island fox population decreased to critically endangered levels in the 1990s. On Catalina Island, the foxes faced a 95% population decline in 1999 with only 103 individuals remaining due to canine distemper brought onto the island by a domestic dog or raccoon. Since then, the species has experienced the fastest recovery of any endangered species in history, with Catalina Island’s population being stable at 1500 individuals due to ongoing conservation work.

For 15 years Julie King, a biologist with the Catalina Island Conservancy who is sometimes called the "Fox Lady" because of her dedication, performed that work, which includes trapping foxes to vaccinate, microchip, collar and otherwise monitor the health of the population through blood work. The ongoing existence of human-made challenges means conservation efforts must continue in perpetuity. These challenges include: habitat degradation from introduced ungulates, including bison and deer; rodenticide poisoning from local homes and businesses; vehicle strikes and the continued spread of disease introduced by domestic dogs. Images by Jaymi Heimbuch and Sebastian Kennerknecht.
Hide text 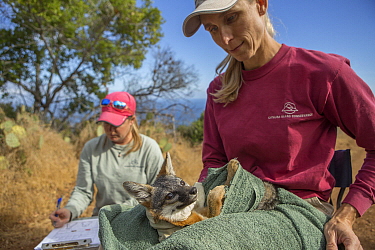 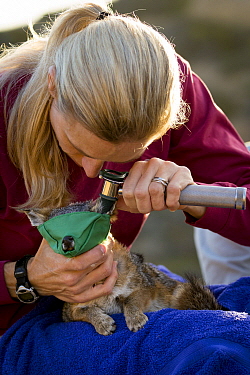 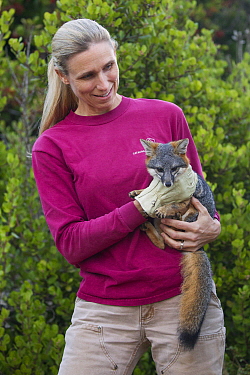 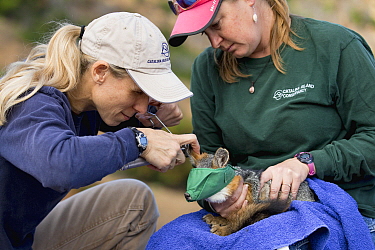 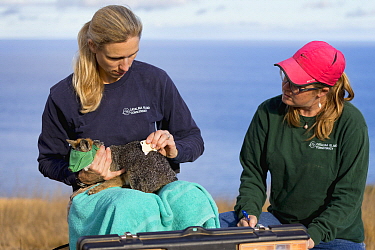 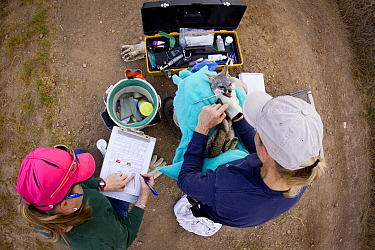 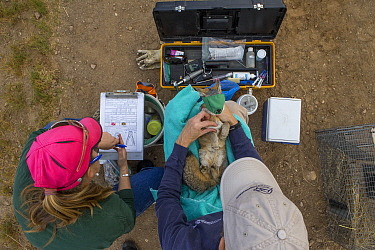 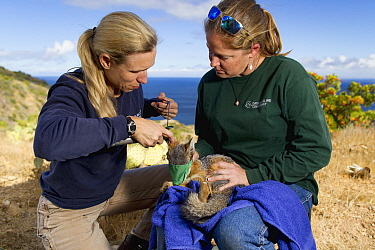 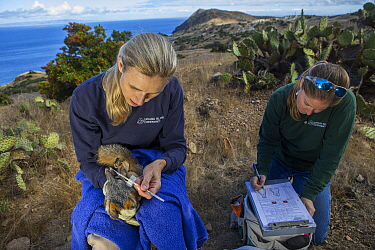 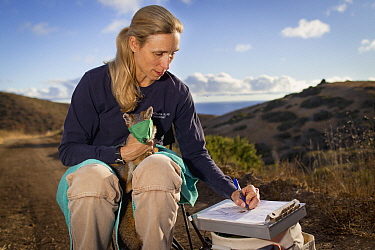 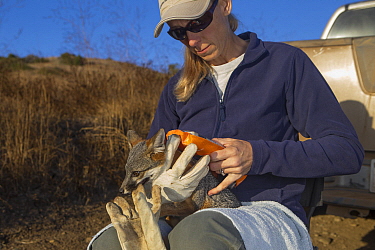 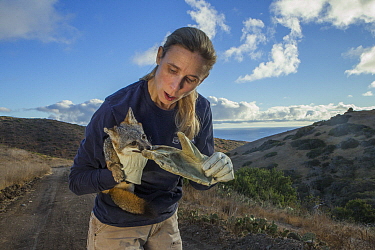 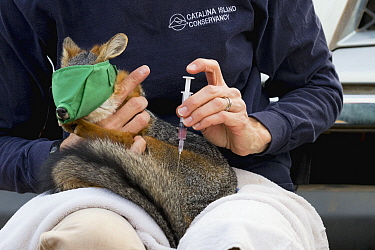 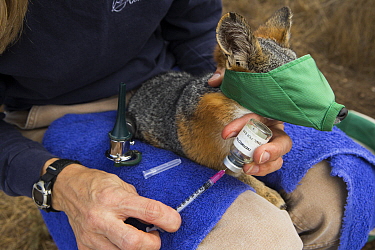 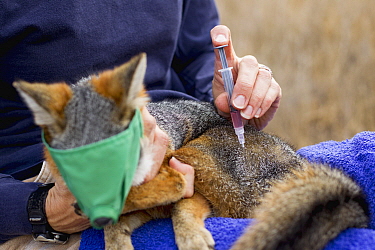