Bossou Chimps * NEW * (67) More files... by Cyril Ruoso
In the rainforests of Bossou chimpanzees are sacred. Held up as a totem by the local people these wild animals are considered holy and cannot be hunted - they even steal fruit from plantations and pillage village huts with impunity but tensions between the growing human population and the primates is natural. These are not ordinary chimps - they are tight-knit group of exceptional animals with a deep ability to learn and teach new skills over generations. They fold leaves to act as sponges to sop up rain water, use rocks to crack open oil-palm nuts, craft fishing sticks to collect edible termites and discourage intruders by throwing large planks of tree bark.

Since 1986 primatologist Tetsuro Matzuzawa has researched the culture of this group and their tool use. Originally there were twenty animals, now only seven remain due to loss of habitat and food sources. In an effort to preserve this chimp population the researchers and villagers cooperated to launch the 'Green Corridor Project' to connect the fragmented forest of Bossou and Mount Nimba Strict Nature Reserve, a UNESCO World Heritage Site, some 4 kilometers away. This huge endeavor required weeding, digging and planting over 38,000 trees grown from seed over the course of twenty years to transform the savannah into a forest. The corridor is monitored using drones to track illegal tree harvesting and by foot to clear poachers' snares. Ideally this safe corridor will re-establish a flow of migration between the Bossou chimpanzee community and the neighboring Nimba populations helping diversify their genetics and providing the animals more range to avoid conflict with villagers.
Hide text 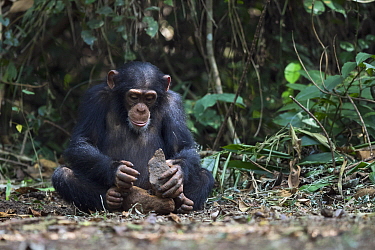 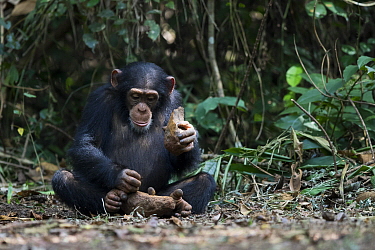 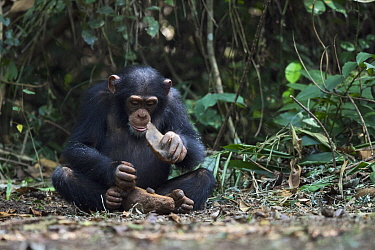 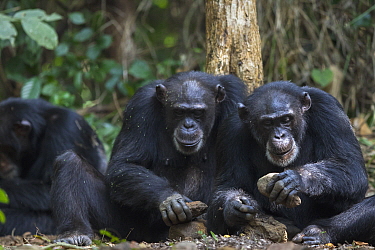 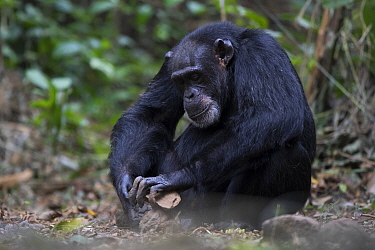 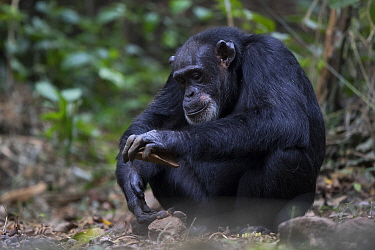 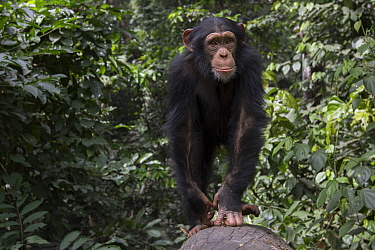 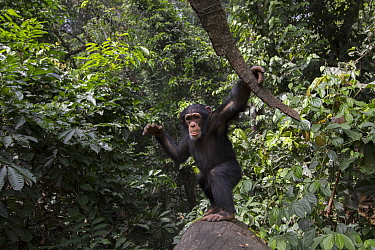 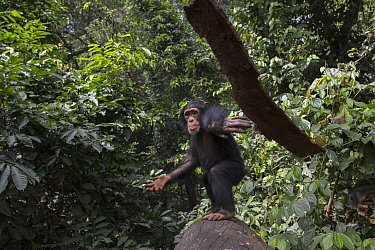 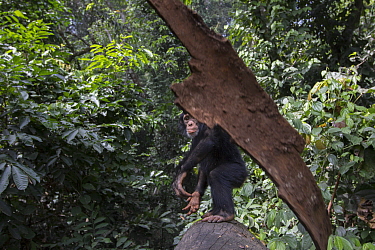 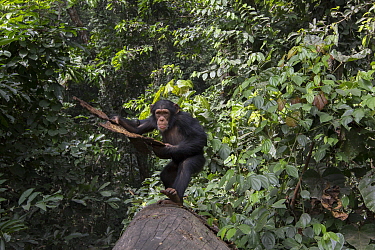 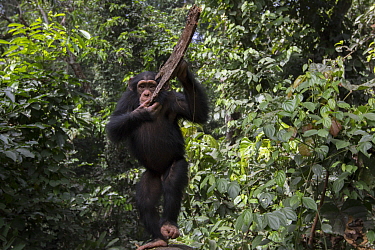 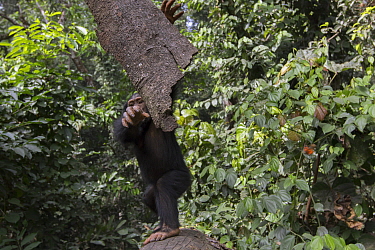 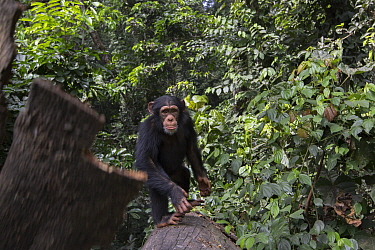