Boreal Owls (50) More files... by Michael Quinton
In the dark, damp forest near Slana, Alaska our photographer, Michael Quinton was lucky enough to be tipped off about resident male Boreal Owl broadcasting his mating call. A female responds to his vocalizations, they mate and she lays a clutch of eggs in an abandoned woodpecker nest in a tall snag that fortunately had been adapted by the photographer to photograph the previous residents. 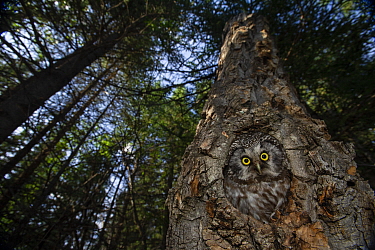 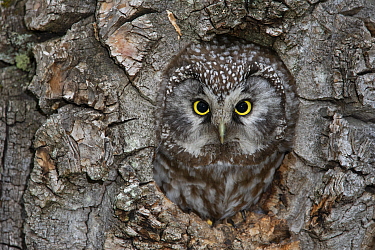 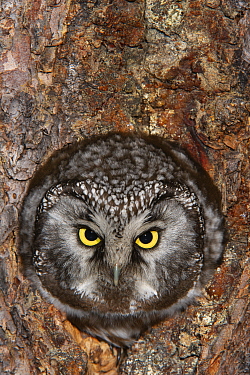 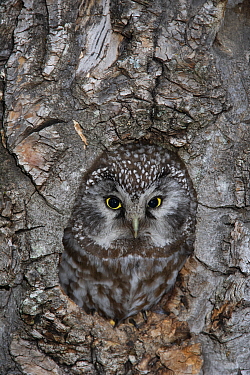 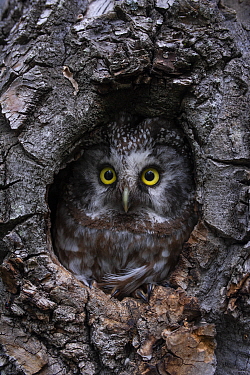 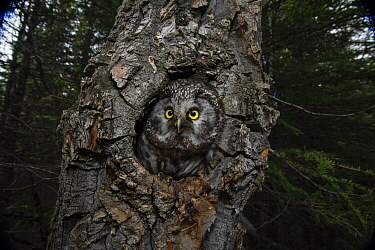 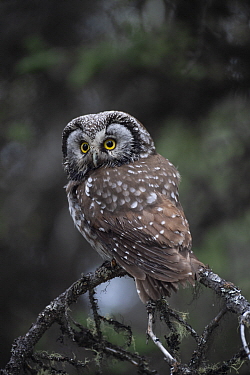 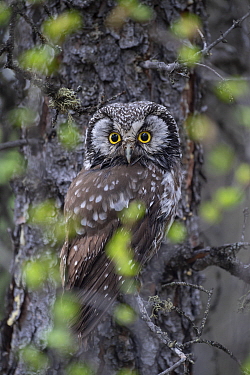 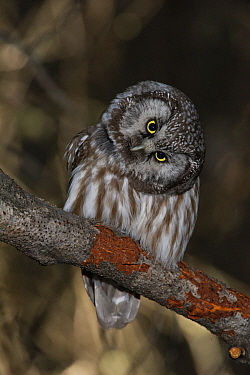 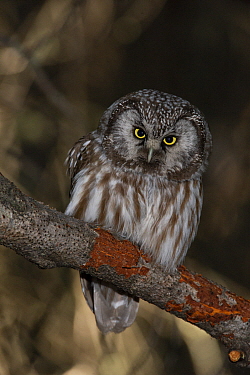 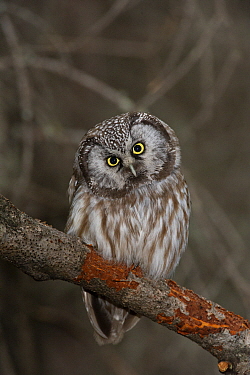 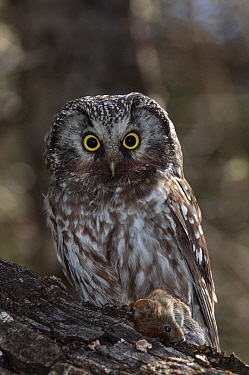 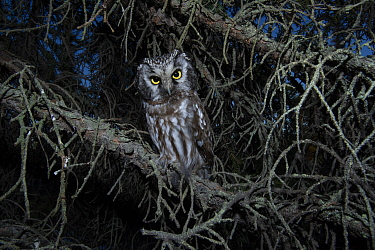 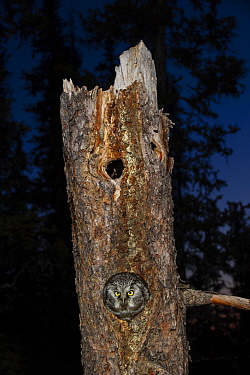 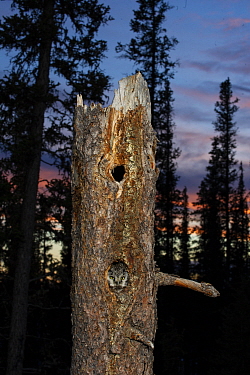