Bengal Tigers (103) More files... by Theo Allofs
Until two years ago it was estimated there were still around 4500 Bengal tigers in the wild. However a recent intensive study culminating in a 2008 census done by the National Tiger Conservation Authority, an Indian govenment organization, found only 1411 wild Bengal Tigers surviving in India's reserves and national parks. This equates to a drop of 60% of the species over the past decade.

Two big factors are responsible for the fast decline of the tiper population; poaching and habitat loss. The poaching pressure comes from China where tiger products are in high demand for aphrodesiacs and medical purposes.

Over the course of five years Theo Allofs photographed endangered Bengal Tigers mainly at the end of the dry season when sightings are best and also after the monsoon. Working mainly in Bandhavgarh National Park he also spent two months in Ranthambore National Park to study tigers in a different (dryer) habitat.
Hide text 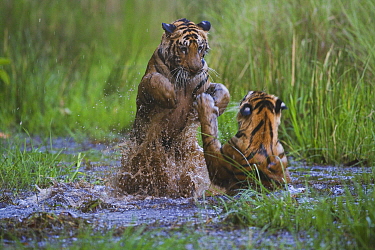 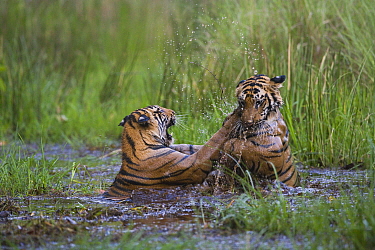 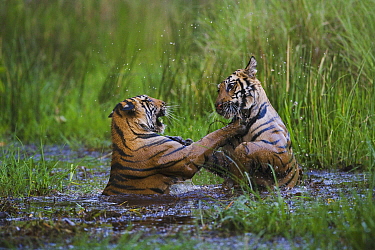 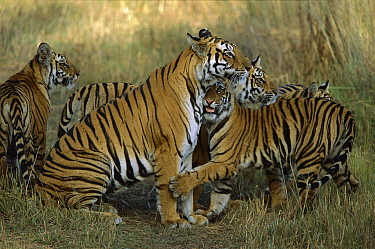 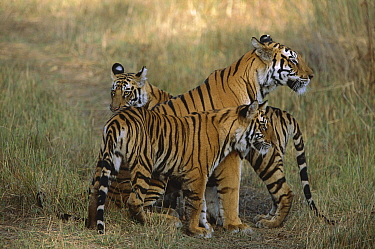 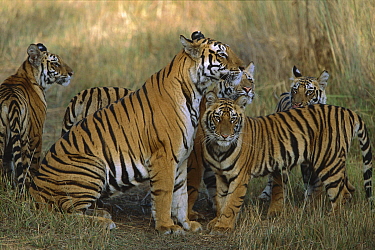 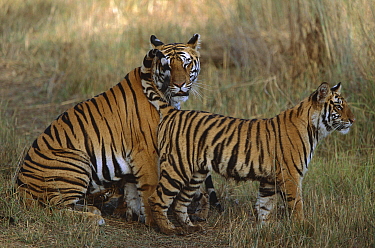 00781145
00781145 Bengal Tiger (Panthera tigris tigris) mother reuniting with two of her cubs, one of which is suckling, Bandhavgarh National Park, India© Theo Allofs 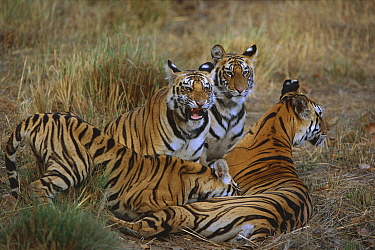 00781133
00781133 Bengal Tiger (Panthera tigris tigris) mother reuniting with three of her cubs, one of which is suckling, Bandhavgarh National Park, India© Theo Allofs 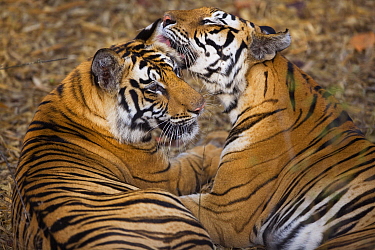 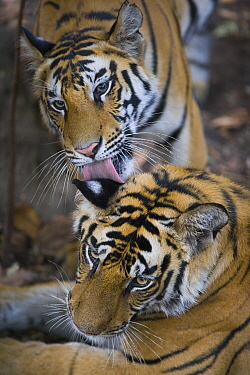 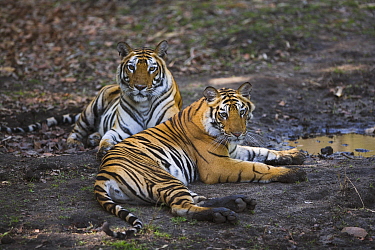 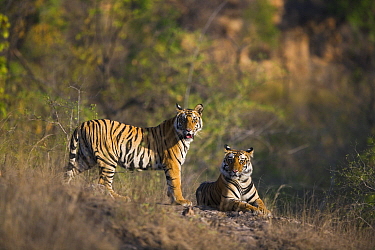 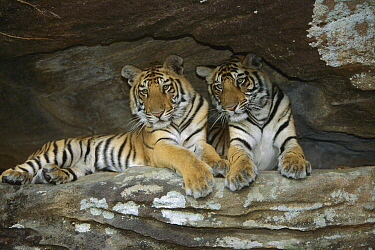 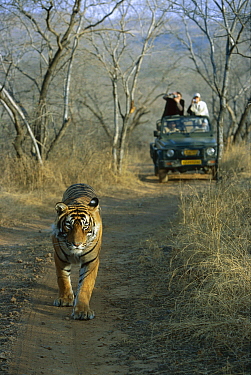 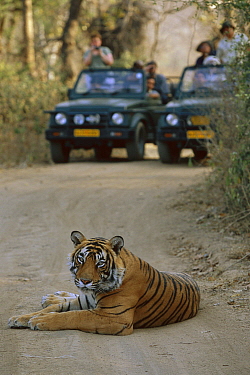