Bark Beetles * NEW * (73) More files... by Jeff Foott
In the Western North America an epidemic has decimated the forests - millions of acres of lodgepole pines have been killed off by the Mountain Pine Beetle which is the most destructive insect pest in western coniferous forests. Typically these small insects play a role in eliminating old and diseased trees from the forest which allows regeneration and increases the health of the biome. The attacking beetles carry fungus on their body which infects the trees. The fungus spreads through water-transporting vessels in the tree, preventing the flow of water to the foliage. The larvae eat the portion of the tree, the inner bark, that transports the food manufactured by the leaves. These impacts, individually or combined, cause the trees death. The balance is off - a surge in the beetle population and a reduction of the health of the forests due to drought has been a huge hit and it is unlikely the forests will recover quickly.

Beginning in 2009 the spread of the beetles has been followed, documented and attempts to stop their march have been put in place. Infected trees are cut and removed; baiting and pesticides kill the individual animals and controlled burns help in the fight. The forest service works to improve or maintain trees health and vigor by thinning, fertilizing, and monthly irrigation is the best method of protecting forest trees. This helps maintain the trees normal defense mechanism against beetles.

Jeff Foott takes us into the forests of Colorado and Wyoming to see the effect of this tiny animal's massive destructive abilities.
Hide text 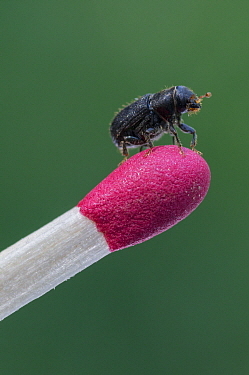 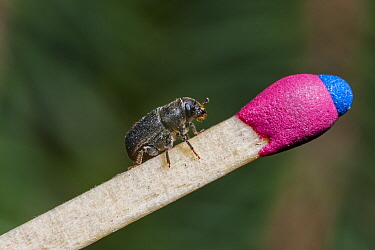 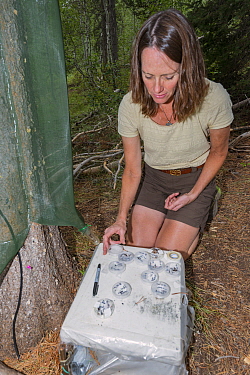 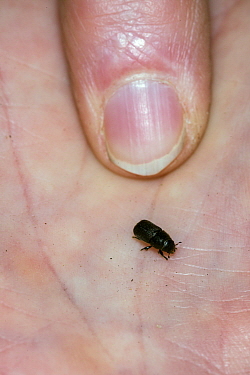 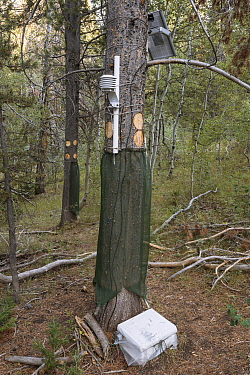 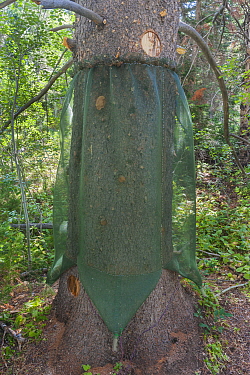 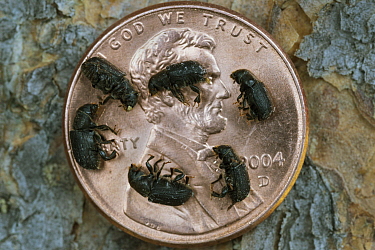 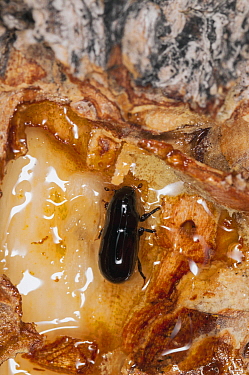 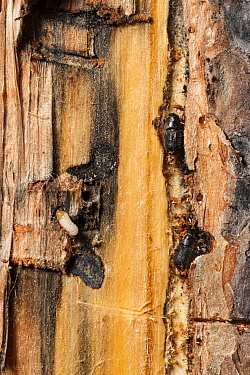 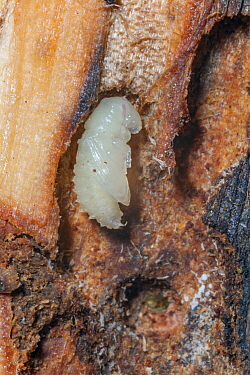 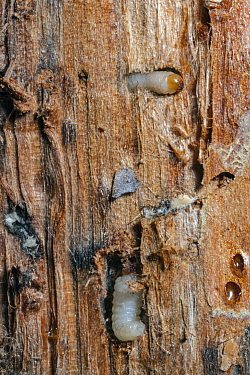 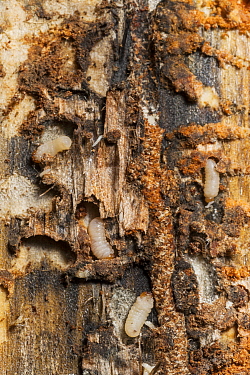 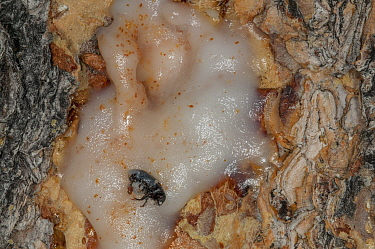 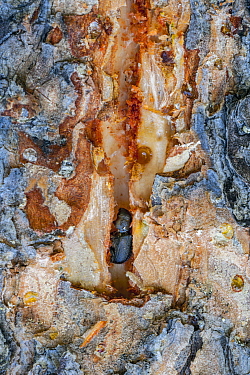