Baboon Burglars (46) More files...
In Southern Africa's Cape Peninsula trouble is brewing between the local Chacma Baboon troops and the human residents. In the past the animals were trapped in large numbers for use in medical experiments in this area but thanks to vocal activists this policy has ended. With less pressure the animals have become more and more confident. In some villages and urban areas baboon troops forcefully enter houses and flats looking for food and toys. The young primates love to play with things they can hide in like carpets, bags and curtains along with animal-shaped stuffed toys. The animals have learned how to open all kinds of unlocked doors or windows by simply turning the knobs. They even manage to open large French doors by pulling the doors out of the frames! Reports of animals breaking into shops, biscuit factories and even occupied cars have been recorded.

Just a few years ago the animals would spend their time foraging in the Fynboss but now the troops have become habituated to humans. They sleep at night in vacation homes or on the roofs of buildings and raid vineyards, markets, houses, cars and garbage cans for food. Baboons even stake out the local farmers markets and mug shoppers as they return to their cars. Of the sixteen troops in the area only one still forages in the wild.

Attempts to discourage these raids are only partially effective. Official 'Baboon Monitors' armed with paintball guns and radio communications are charged with deterring the rogue animals but are outnumbered by the animals. Residents are coached to use electric fencing, to lock all doors and windows, to not display food obviously such as fruit bowls and to double-padlock their garbage bins. Even fruit trees, vegetable gardens and compost heaps must be in a locked caged area or be surrounded by electric fencing. Young monkeys can squeeze through a space of 8 cm so people are advised to bar their windows appropriately and to secure cat-access doors. When residents are confronted by a baboon they are advised to drop whatever is in their hands, remain calm, to not block the animal's escape route and to spray the animals with a strong stream of water as the animals hate water. Residents keep water pistols in their houses and hoses ready in their gardens. Contact between baboons and humans are dangerous - the animals may scratch and bite which can spread disease. Unfortunately, repeat offending baboons have been euthanized. 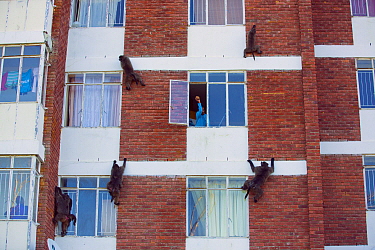 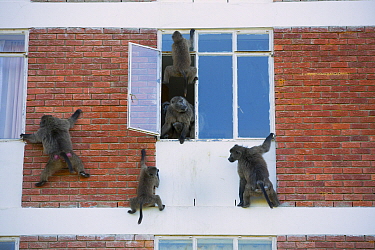 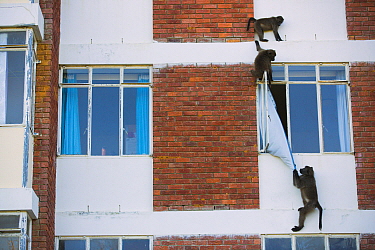 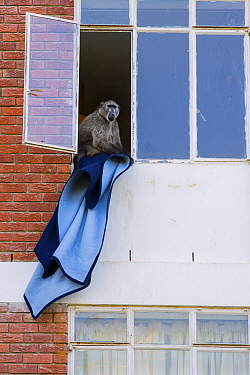 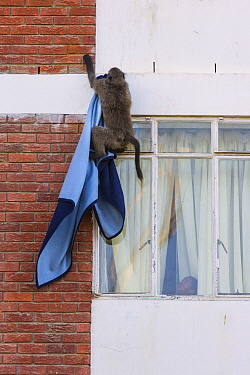 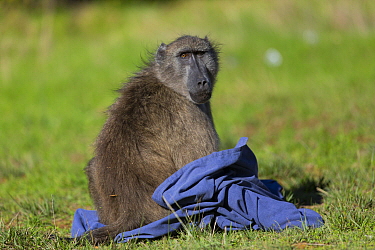 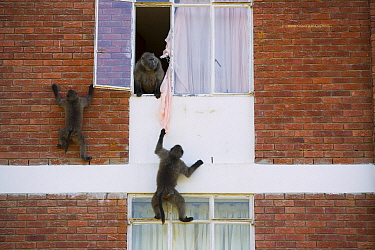 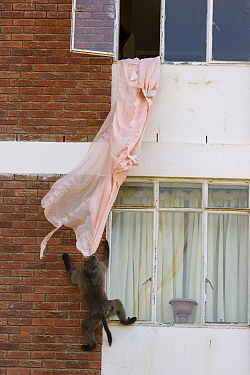 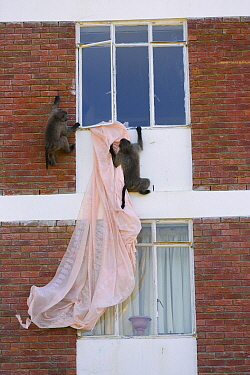 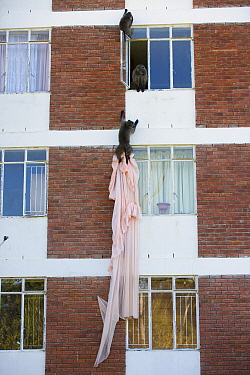 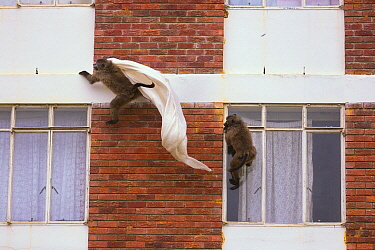 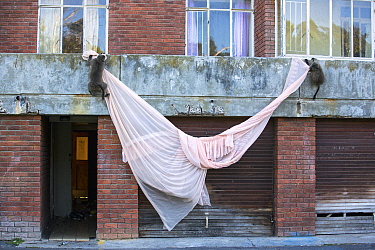 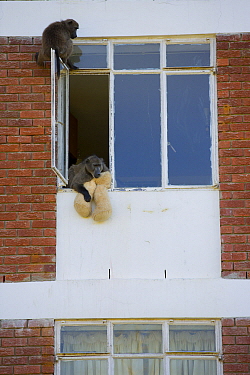 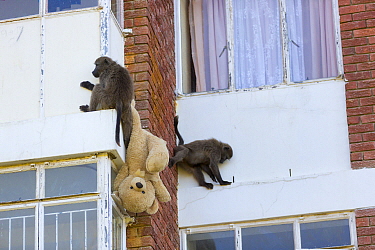