African Wild Dogs (123) More files... by Suzi Eszterhas
Considered the second most endangered carnivore in Africa with an estimated 5,500 individuals on the whole continent Wild Dogs are the focus of Suzi Eszterhas' most recent shoot. She has captured rare images of these dogs hunting and taking down prey, pack social interactions and a litter of pups from early emergence from the den to learning pack hierarchy and play behavior.

African wild dogs are some of the most accomplished hunters in the animal kingdom. Interestingly scientists have discovered that they have two hunting strategies. Packs living in the open plains areas hunt in packs cooperatively, with an 80% success rate. Working together they can bring down animals five times their size. But packs that live in more wooded areas often spread out when hunting and pursue prey alone. These dogs go after a lot of different prey, using short bursts of speed to run them down. In these hunts, they are successful less than 16% of the time. But they are usually hunting animals like impala which are too much for one wild dog to eat, so food sharing helps make up for inefficient hunting. Wild dogs are endangered and scientists think that this latter strategy is helping the species survive.
Hide text 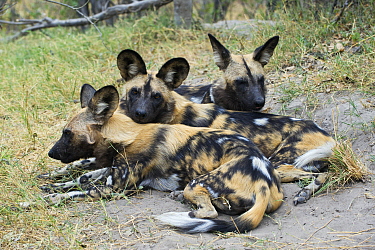 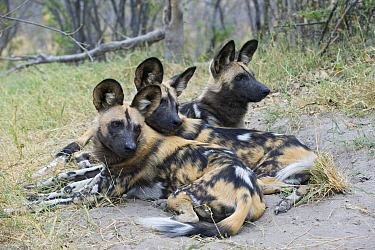 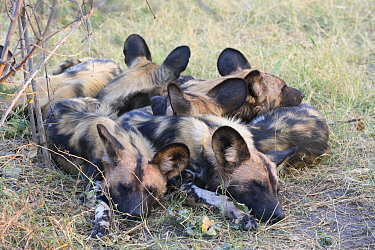 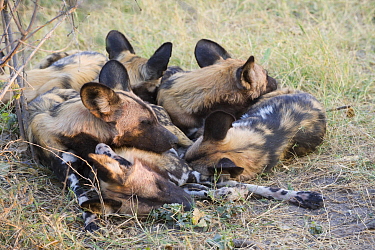 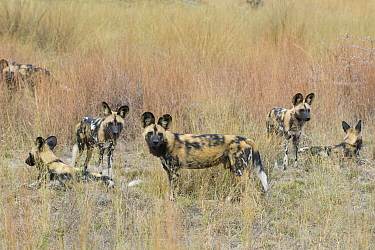 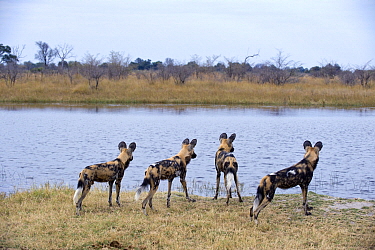 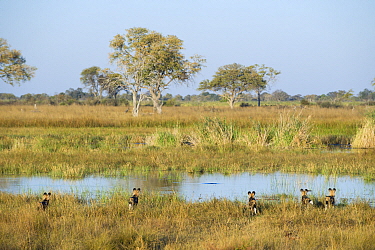 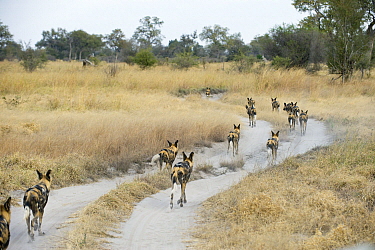 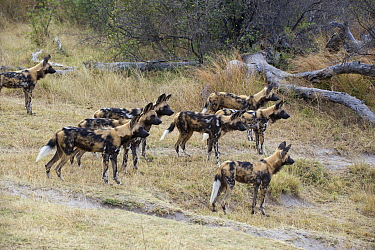 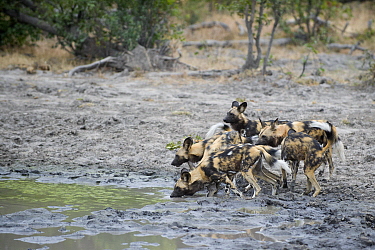 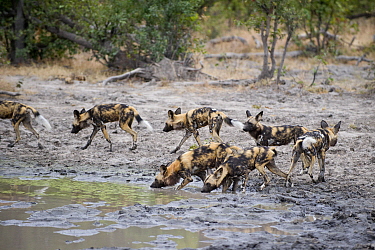 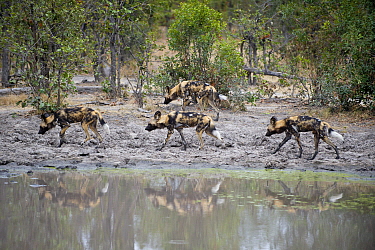 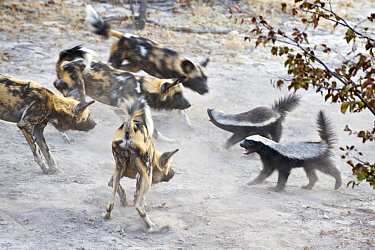 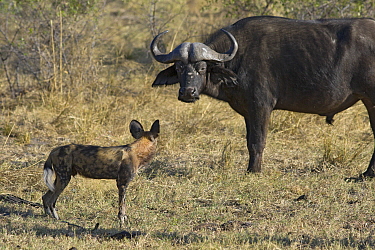