Sumatran Orangutan Rescue (10) More files...
There are only 13,000 Sumatran Orangutans left in the world mainly due to deforestation in their habitat as rainforest is burned and cut to make way for palm oil plantations. As logging forces the primates into smaller degraded rainforest parcels where nutrition is scarce the animals are forced into contact with local farmers in the primates' search for food.

As a Patron of the Sumatran Orangutan Society (SOS), Suzi Eszterhas had the privilege of working with a team from the Orangutan Information Centre (OIC) in Sumatra. The experience was an adventure to say the least - one that included death threats, some serious jungle tromping, and most of all, heart warming moments with an amazing team of brave men.

The team was able to successfully evacuate a female orangutan from a degraded piece of rainforest on a remote part of the island and release her into the Gunung Leuser National Park where the habitat is still intact. The rescue process is a harrowing endeavor that includes frightening the animal up into a tree so they can shoot her with a tranquilizer dart. Once she's sedated they hoist her into a cage to transport overland to a safe location, wait for her to awake and watch her make her way into her new jungle home.
Hide text 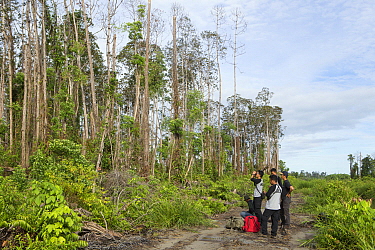 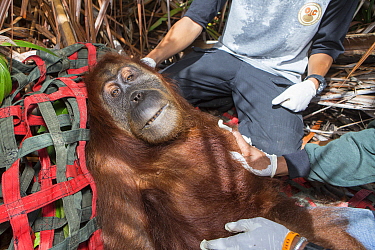 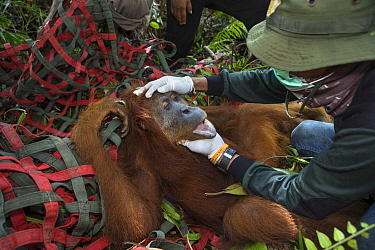 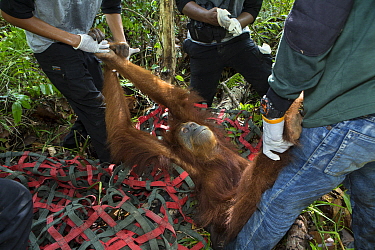 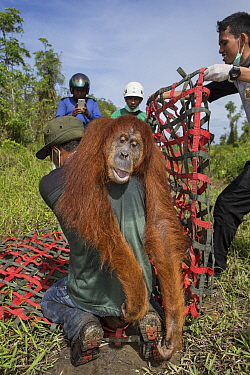 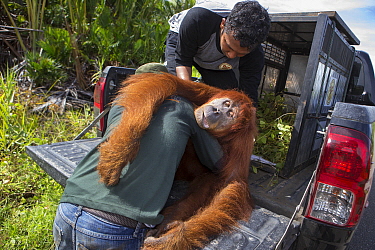 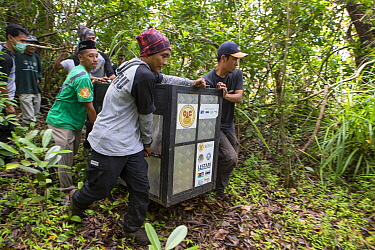 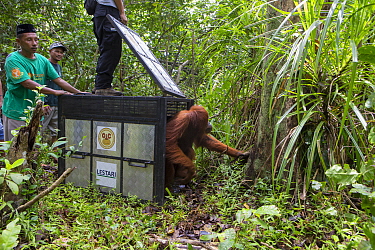 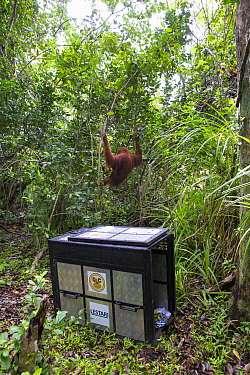 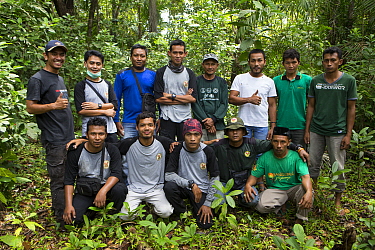