Spirit Bear Rarer Than Ever (10) More files...
You would be forgiven if you thought you saw a polar bear in British Columbia's temperate rainforest. That white-furred creature, a Spirit or Kermode Bear, is actually a rare white-phase of a black bear that is revered by the people of the Kitasoo/Xai'xais and Gitga'at First Nations.

In 2001 researchers identified the gene responsible for the Spirit bear’s white coat. It’s the same genetic quirk that causes red hair in humans, and auburn fur in dogs and mice. Spirit bears can be born to parents that may or may not have white fur themselves. For example, a mama and papa black bear each carrying one copy of the recessive gene can produce a white-furred baby.

An Indigenous-led study published on Sunday in Ecological Solutions and Evidence suggests that the gene that turns the coat of these Spirit bears ghostly white is rarer than previously estimated, and that their habitat in the Great Bear Rainforest in Canada is not yet adequately protected. With a robust ecotoursim economy centered around the Spirit bears it is clear that the animals' survival requires more intact land for these rare and beautiful creatures.
Hide text 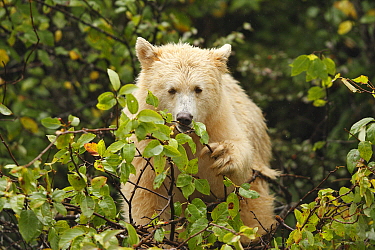 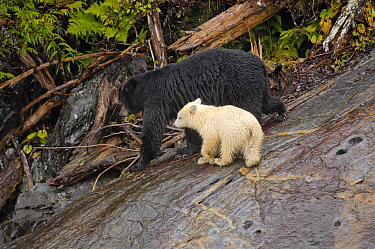 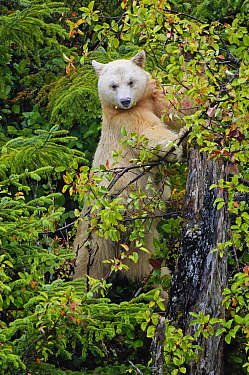 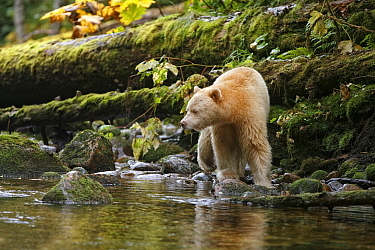 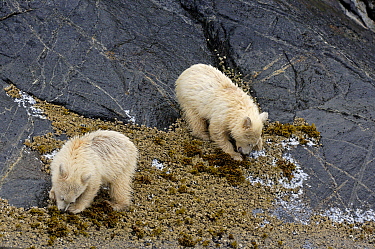 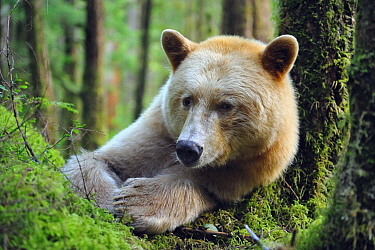 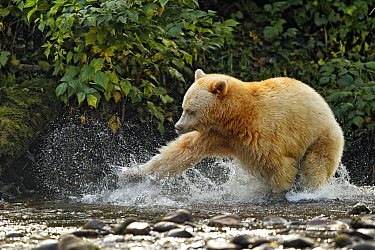