Mother's Intuition (25) More files...
While tracking a familiar wild leopard with a newborn male cub at Botswana's Tubu Tree Camp our photographer Suzi witnessed a remarkable situation. Suzi had photographed this same female leopard, successfully raising her previous litter of cubs. The big cat considers the safari camp part of her territory and is well acclimated to human activity. If fact, the leopard treats the lodge boardwalks as her personal pathways and the pool as her water bowl!

Young leopard cubs are frequently left alone while their mothers hunt for food, leaving them vulnerable to predatory lions. Stashing young cubs safely is a tough and never ending job. The leopard's familiarity with the camp, combined with instinct, sparked an idea. The cub would be safe INSIDE the lodge for a little while and her instinct was correct. Tucked away in a dark den-like spot behind the sink, the tiny cub was secure until mom returned. Shortly afterward the mother leopard collected her young offspring and carried him to the next and more typical den- a deep crevice in a tall tree.

As Suzi remarks "I feel blessed that I was able witness such a special event. For an animal to feel so safe around people that she would move her cub to camp, in the bathroom no less – is extraordinary and unheard of. Every day we are bombarded with tragic news about wildlife all over the world, this experience was truly a ray of light."
Hide text 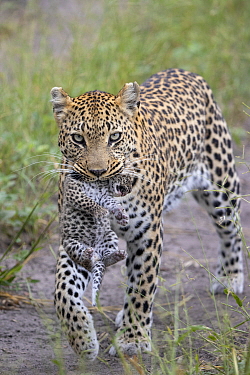 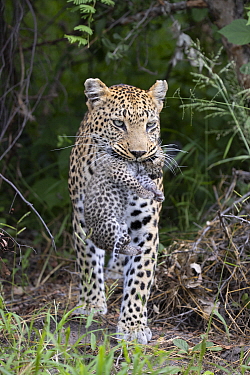 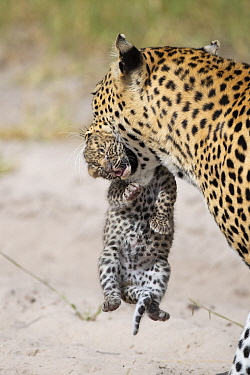 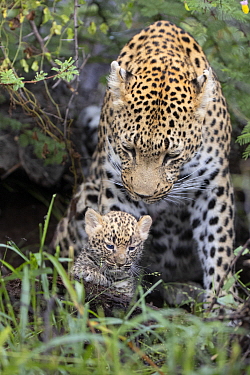 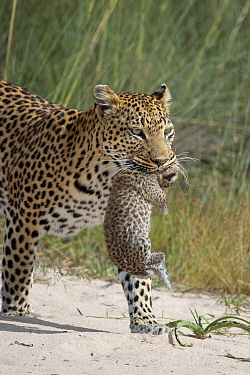 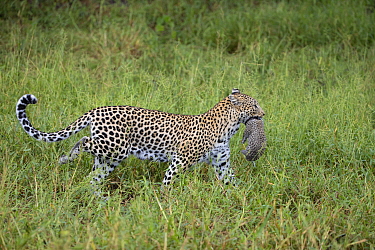 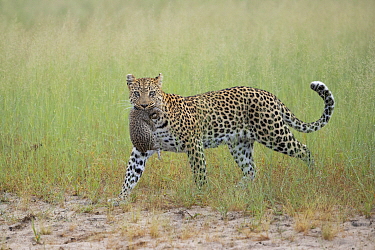 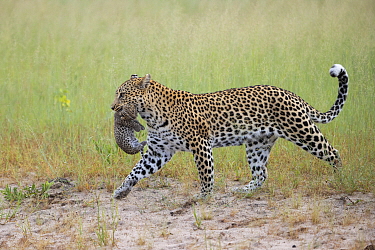 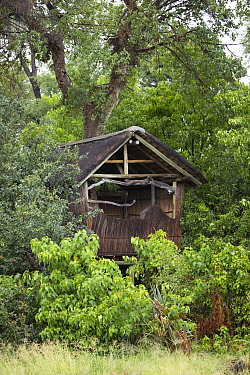 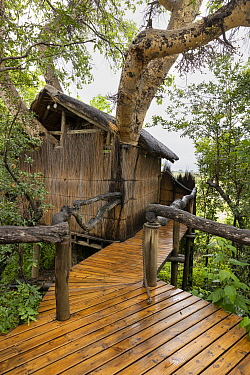 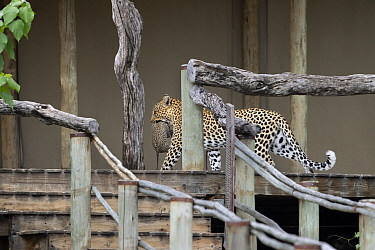 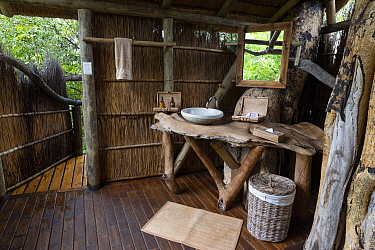 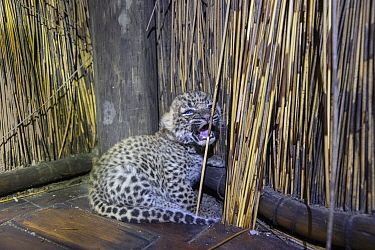 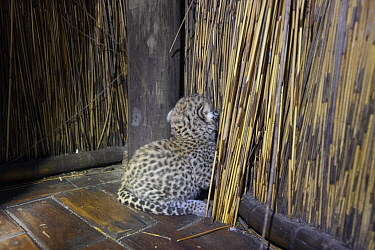